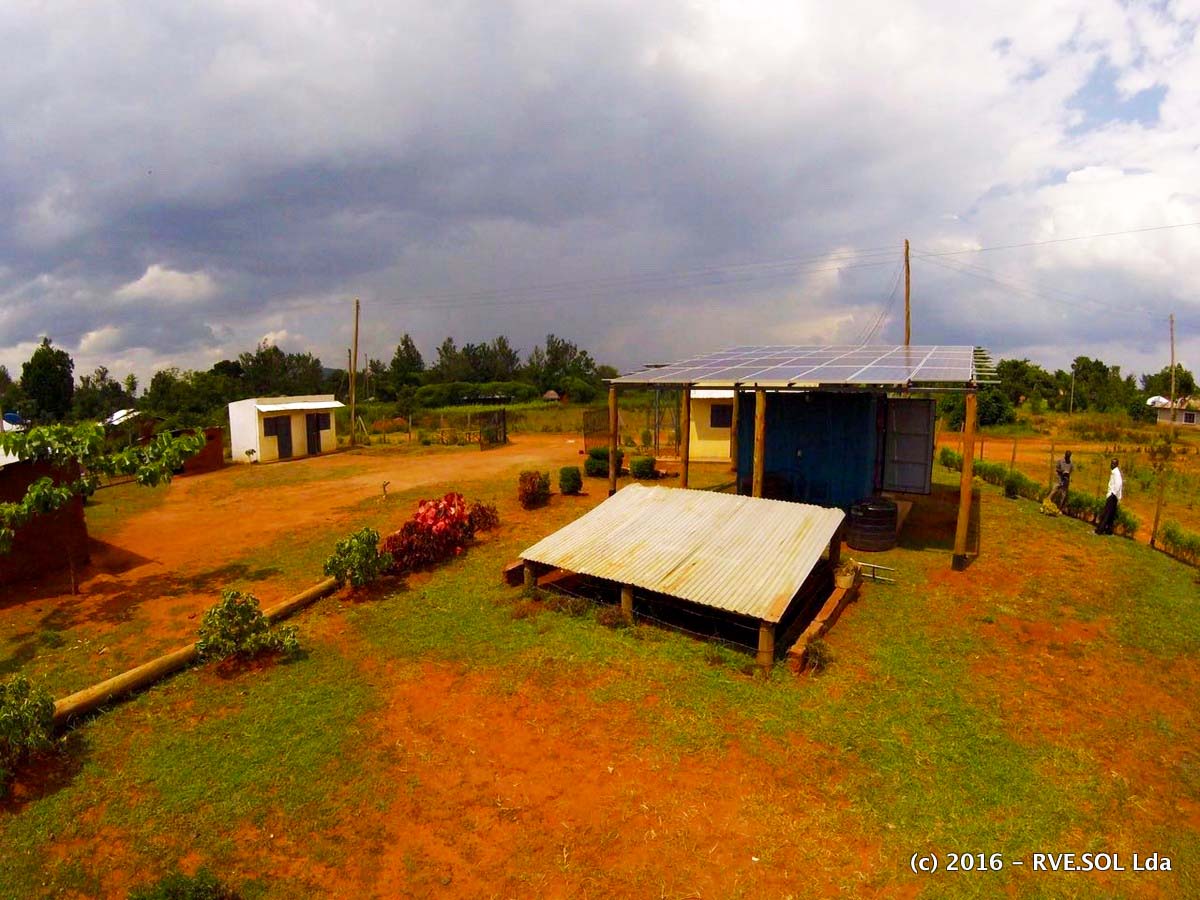 “The grid”. For decades, it has conjured visions of huge centralized fossil fuel power plants, and thousands of kilometers of criss-crossing transmission lines. But a revolution in distributed renewable energy in the past 10 years is ointing Africa on a different path — one that has not only resulted in the recent surge of more than 1 million “pay-as-you-go” off-grid solar households, but will also lead to a constellation of green “mini-grids”.

For over 600 million mostly rural people in sub-Saharan Africa still living without basic electricity, renewable mini-grids hold the promise of providing power to homes, schools and hospitals, as well as to local industry, small enterprise and agriculture. It is estimated that at least 100,000 mini-grids — small, local generation and transmission powered by solar, micro-hydro, small-scale wind or biomass paired with battery storage — are needed to serve at least one-quarter, or 140 million, of the unelectrified population by 2040.

“Outside in” rural electrification
Historically, rural electrification around the world has happened from the outside in: remote communities have collectively built, owned and managed local grids in order to obtain access to power, and then eventually integrated into national or regional grids. Why? Because for highly dispersed populations, extending the grid takes too long and is too expensive.

Mini-grids, and other decentralized installations, are the lowest-cost option for providing over 70% of the new electricity connections needed to achieve universal electrification, according to a 2017 report by the International Energy Agency (IEA). Mini-grids, which IEA says are a $190 billion global opportunity between now and 2030, can stand alone or connect with each other or the existing main grid in a “mesh” network.

That is highly relevant in sub-Saharan Africa, where the World Bank found in 2017 that less than half of state-owned utilities are able to cover their operating expenditures, with utilities in only 2 out of 39 countries able to cover both operating and capital costs. Adding the high cost of grid extension (about $15,000 per kilometer for transmission lines) to utility balance sheets would only increase their debt and inefficiency (data from Tanzania, for example, shows grid extension costing $2,300 to a rural customer, versus less than $1,000 via a mini-grid, while lifecycle costs also favor a decentralized approach).

In addition, despite the fact that state utilities are heavily subsidized, those subsidies are not passed on to the people who most need relief through lower tariffs. In fact, only 10% of electricity subsidies flow to households with the lowest income, while subsidizing residential tariffs accounts for the single largest source of utility deficit.

Mini-grids, on the other hand, are the domain of nimble, private sector or community-owned mini-utilities that can provide more connections per dollar while delivering better customer service and demand stimulation, higher reliability and quality of supply, as well as serve as a conduit for grid innovation.

Driving down grid costs via private sector innovation
While most mini-grid activity has so far been concentrated in East Africa, particularly Kenya and Tanzania, eyes are now shifting to Nigeria, where about 80 million people lack electricity. Not only has Nigeria put forward a comprehensive mini-grid policy, it has also stated clearly that the private sector will play the central role in rural electrification. It has announced a goal to develop 10,000 viable community mini-grid sites by 2023, serving at least 300,000 households and 30,000 local businesses.

“The power sector in Nigeria should be driven by private funding, innovation and technology, which can achieve access much faster than the public sector,” said Damilola Ogunbiyi, the Managing Director of Nigeria’s Rural Electrification Agency. “It needs to be private sector-driven access model for Nigeria.”

At a recent mini-grid gathering in Lagos, more than 50 organizations explored ways to drive down the cost of mini-grids by 20% by 2020, through a mix of better customer engagement and demand creation, reduced hardware costs, increased volume of projects, better load management, remote monitoring, reduced cost of capital, and supportive policy.

“We saw strong interest in building out a more detailed program to scale mini-grids, which must include reducing costs and developing country-specific plans,” said Kelly Carlin, senior associate at Rocky Mountain Institute, the organizer of the Lagos event. “We will also use mini-grid pilot projects to further de-risk solutions, thereby stimulating significant additional public and private sector investment.”

If that happens, mini-grids could essentially be cost competitive with heavily subsidized central grid tariffs on a purely commercial basis. But why should private utilities be held to the same standards of service delivery as state-utilities (which are notoriously unreliable and poor quality in many countries), while receiving little if any of the same support that their public counterparts enjoy? Will governments and their funders continue to prop up a system that merely locks in energy poverty or become more solution agnostic and provide equal support to the best option available? How those questions are answered will be a critical factor in deciding whether or not mini-grids live up to their promise.

Leveling the playing field
“Energy access in rural areas has always been subsidized, usually by government,” said Sam Slaughter, CEO of mini-grid company PowerGen and a member of the newly formed Africa Mini-grid Developers Association (AMDA). “It’s important that even as we advance private sector solutions to energy access in Africa that we don’t turn our back on the public sector legacy of supporting this endeavor.”

The African Development Bank (AfDB), the World Bank and bilateral donors active in Africa appear to be coming around to this realization as well. The World Bank, for example, recently loaned Nigeria $350 million in part to scale the mini-grid opportunity. AfDB meanwhile wants 75 million off-grid connections delivered by mini-grids and other decentralized solutions.

One innovative approach to supporting the private sector (that has worked in other areas of development including access to healthcare) is results-based financing (RBF). RBF would make a fixed amount of funding available to private utilities for every customer connected to high quality power, ensuring that incentives are grounded in project success and accountability. Scaling a RBF program across sub-Saharan Africa, by providing a catalyst for early market development and achieving a critical mass of projects, would unlock significant additional debt financing for the sector, a critical success factor that is still mostly unavailable. The AfDB is currently developing an RBF fund under its mini-grid market development program.

Even as the remaining kinks are worked out, mini-grids are starting to show what they are capable of. Besides the dozens of innovative start-ups across the continent pioneering the market and developing projects, major international utilities such as Engie and E.on have also started to invest significant resources.