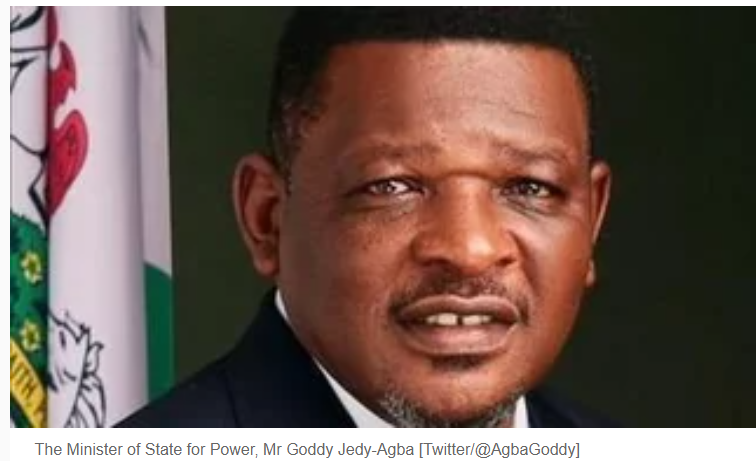 The power project was executed by METKA West Africa.

The 1.35 Megawatt of Solar Hybrid Power project was on Friday inaugurated at the Federal University of Petroleum Resources (FUPRE), Effurun in Uvwie Local Government Area of Delta.

The Senate Deputy President, Sen. Ovie Omo-Agege, said at the ceremony that the power project was a fulfillment of the Federal Government’s commitment to increase electricity supply across the country.

The News Agency of Nigeria (NAN) reports that the power project was executed by METKA West Africa.

Omo-Agege, representing Delta Central Senatorial District at the National Assembly, said that the project, executed under the Energising Education Programme (EEP), was conceived and designed in 2016.

He said that the project was aimed at addressing developmental challenges in the country by providing electricity and conducive learning environments for rapid socioeconomic growth.

"Today’s milestone stands as beneficial to the educational and power sectors, which are key components of this administration’s Economic Recovery and Growth Plan, targeted at improving efficiency in public and private sector.

"It increases national productivity; achieve sustainable diversification of production to significantly grow the economy and achieve maximum welfare for the citizens by ensuring food and energy security," he said.

Omo-Agege said that the National Assembly would continue to give necessary legislative supports needed by President Muhammadu Buhari-led administration toward execution of laudable projects.

He congratulated the Rural Electrification Agency (REA) for the project implementation, urging the university to ensure good maintenance of the facility.

Also, Mr Goddy Jedy-Agba, the Minister of State for Power, said that the project was a demonstration of the Federal Government’s commitment to promote the wellbeing of citizens through the provision of safe, clean, and reliable electricity.

"The commissioning today comes at a time when there is a strong call for action on promoting safe and sustainable energy solutions to mitigate the effects of climate change and reduce greenhouse emissions.

"We will continue to expand on the EEP as an initiative toward fulfilling the promises and obligations made to the citizenry.

"The main objectives of the EEP is to provide sustainable and clean power supply to the 37 Federal Universities and Seven Teaching Hospitals across Nigeria," Jedy-Agba said.

In his remarks, the Managing Director of REA, Mr Ahmad Ahmad, said that the agency was mandated to electrify 2.5 million households across the rural areas by 2030.

"It is a privilege to be commissioning yet another Federal University project, a 1.35MW solar hybrid power project under Phase One of the EEP at FUPRE.

"The completion of this project is an addition to the many joys we have witnessed since the inception of the programme. This is the fifth project under the EEP to be commissioned," Ahmad said.

Commenting, the Vice-Chancellor of FUPRE, Prof. Akpofure Rim-Rukeh, thanked the Federal Government for the initiative.

"I want to thank the Federal Government for deploying this initiative through the REA, geared toward transforming the education sector.

"I am glad that FUPRE is one of the pioneer beneficiaries of such initiatives.

"Today’s programme marks a milestone in the history of the university," Rim-Rukeh said.

Other dignitaries at the occasion were National Assembly members, representative of the Chairman, House Committee on Power, Rep. Magaji Aliyu and representatives of the Ovie of Uvwie, Emmanuel Sideso