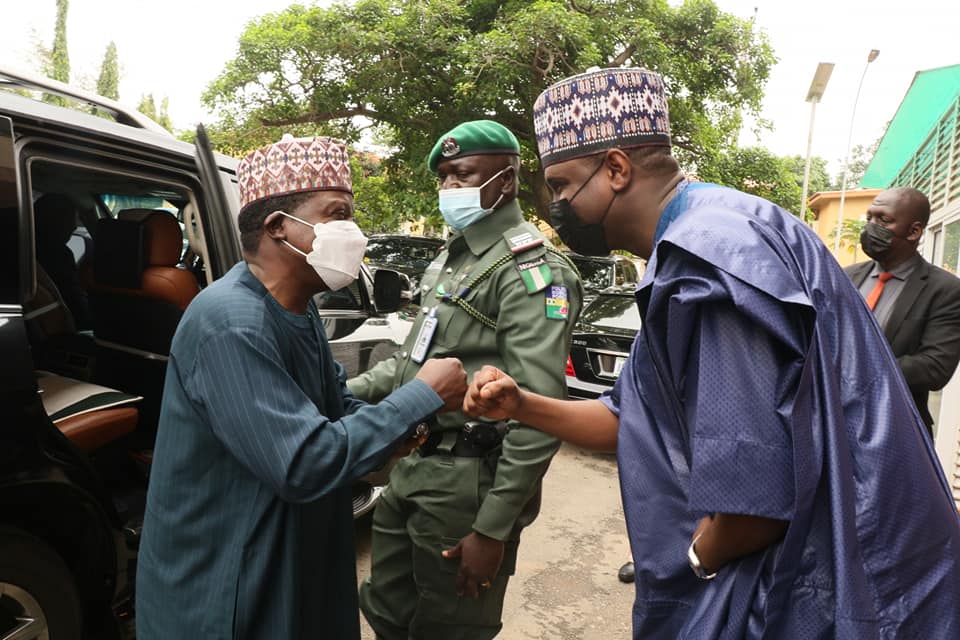 The Plateau State Governor and Chairman of the Northern Governors Forum, His Excellency Rt. Honourable Simon Lalong Bako visited the REA Headquarters where he was received by the MD/CEO of REA, Engr. Ahmad Salihijo Ahmad; the Executive Director of REA’s Rural Electrification Fund (REF), Doc. Sanusi Ohiare; the Executive Director, Corporate Services, Chief Olaniyi Netufo and other Members of the REA Management.

Governor Lalong expressed his excitement about the mandate of the REA, while commending the team on the successful commissioning of the 234kWp solar hybrid mini-grid at Shimankar in Shendam LGA of Plateau State back in December of 2020.

While expressing his delight over the Governor’s visit, Engr. Ahmad briefed the Governor on other upcoming projects in the state, while emphasizing the need for close-knit synergy between State Governments and the REA team.

Governor Lalong further shared his commitments to the people of Plateau State, while seeking the Agency’s continous efforts to electrify even more communities in Plateau State.

Click here to see more photos from the visit