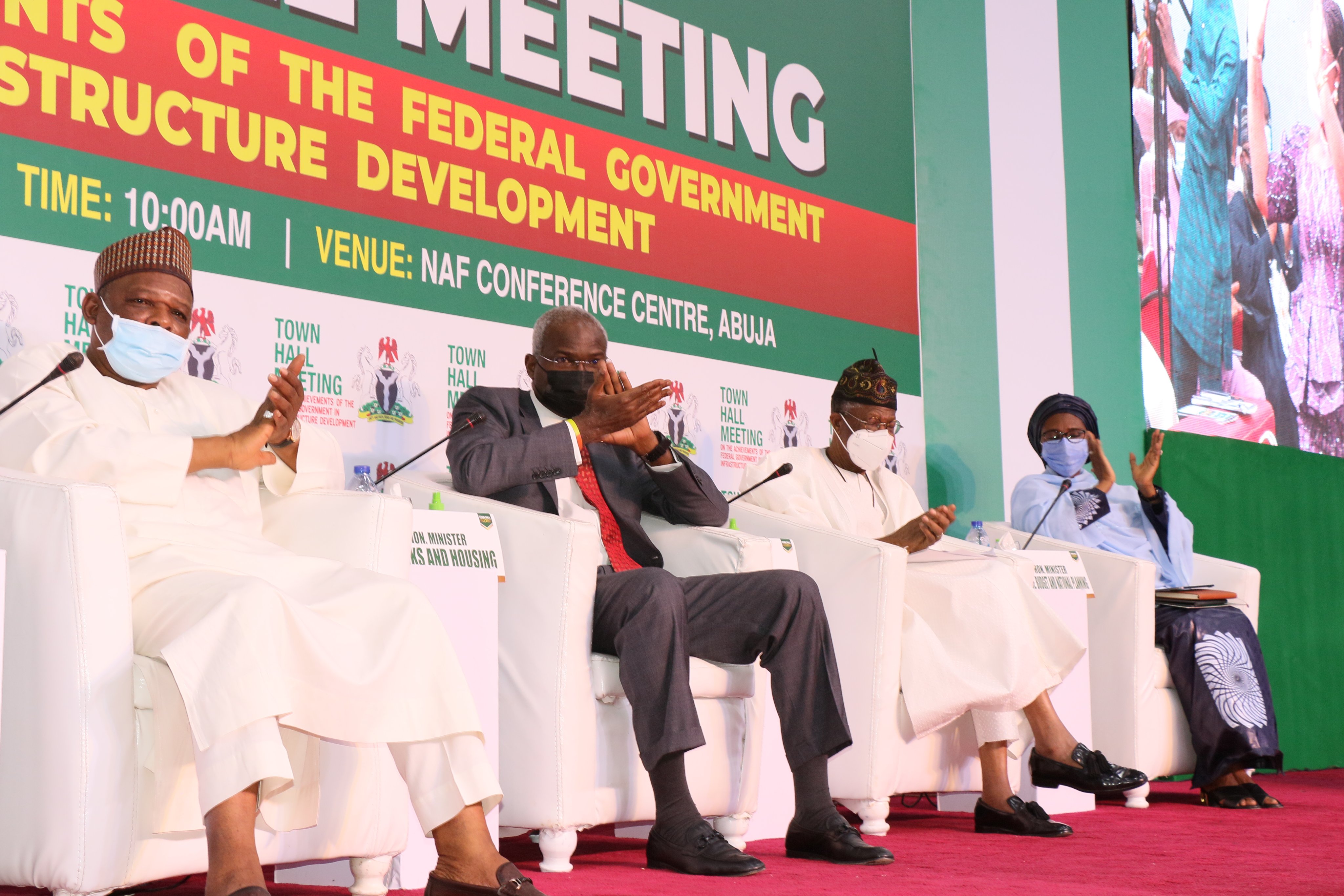 On the 23rd of Feburary 2022, the Honourable Minister of State, Power Goddy Jedy-Agba, the MD/CEO of REA, Engr. Ahmad Salihijo Ahmad joined other Ministers and Heads of MDAs at the Townhall Meeting on Infrastructural Development, organized by the Federal ministry of Information and Culture.

The Honourable Minister of State, Power after giving a rundown of completed and ongoing projects in the power sector and intimating attendees on the sector’s project pipeline, fielded questions from attendees and journalists. The Minister also commended the REA for its impact in off-grid communities and the Agency’s optimization of novel off-grid solutions and initiatives.

Other Ministers present were Babatunde Fashola (SAN), Minister for Works and Housing; Zainab Ahmed, Minister for Finance, Budget and National Planning and Lai Mohammed, Minister for Information and Culture. All the Ministers took the audience on a virtual tour of the impact of each ministry.