Hitherto, the strategy/policy for providing electricity to otherwise   parts of the country has been the expansion of the national grid.  Now, it is generally agreed that while expanding the national grid is desirable, it is not be the most economically viable option.  It requires huge capital investment expand the grid to rural communities as well as enormous resources to renovate aging national grid infrastructure. However, in recent times, we are witnessing a gradual shift from emphasis on the national grid to off-grid and mini-grid solutions. The Nigerian Electricity Regulatory Commission (NERC), by issuing the NERC Mini-Grid Regulation (the Regulations) in 2017, has shown its commitment to follow the global trend of providing electrification solutions via mini-grid infrastructure in rural areas and small communities.  This is a welcome development that should inspire business interest in potential investors.

OVERVIEW OF THE NERC MINI-GRID REGULATION

Prior to NERC issuing the Regulations, the generation of electricity within the threshold of 1 megawatts (MW) and distribution within the threshold of 100 kilowatts (KW) in aggregate at a site was more or less unregulated, with no framework for issuing a permit or registration. But the introduction of the Regulations has brought more form and definition to this promising aspect of electricity generation and distribution.

WHAT IS A MINI-GRID?

A mini-grid refers to a stand-alone power system or an integrated local generation and distribution system with installed capacity below 1MW, capable of serving numerous end‐users independent of the national grid. A mini-grid can provide constant and affordable electricity in remote places where the population density is too low to economically justify connecting that community to the national grid and represents a viable and cost effective solutions for the electrification of Nigerian communities through a decentralized energy system.
A mini-Grid under the Regulations may be ‘isolated’ with no link to any other network or ‘interconnected’ with the main grid such that energy exchange is possible between them. The term mini-grid as defined by the Regulations applies only to any isolated or interconnected mini-grid generating between 0KW to 1MW. Generation of electricity beyond 1MW is governed by the provisions of the Electricity Power Sector Reform Act (EPSRA) which makes it mandatory for an operator generating electricity beyond 1MW to obtain the licences and mandatory registrations required under the EPSRA]

The global advocacy for the use of renewable sources to generate energy is increasing and very well so as the adverse effects of global warming and climate change are yet to abate. This has made renewable energy mini-grid a very strong factor in combating global warming and providing easy access to affordable and clean energy. Renewable energy that is deployed via a mini-grid would be able to tap into the predictable framework of the Regulation, in addition to other renewable energy policy interventions that exist hitherto.
A ready and sustainable market for the generation and distribution of energy through renewable mini-grids exists in Nigeria giving the global stance against greenhouse gas emissions and agitation about climate change as well as the over 55% of Nigerians in need of access to clean energy.
From a policy perspective, there are a number of policies made by the Government relating to renewables and incentives available therein. These policies are encapsulated in the National Electric Power Policy (NEPP), and more recently, the National Renewable Energy and Energy Efficiency Policy (NREEEP).

The following are the available incentives under NREEEP;

Nigeria remains Africa’s largest economy and in spite of an economic downturn between 2016 and 2017, the country is recording a steady economic recovery.  According to the World Bank’s 2018 Doing Business report, Nigeria has made tremendous strides in improving the economic environment and was for the first time in 2016-2017 ranked among the top ten improvers. In the ease of doing business indicators, Nigeria has improved in the following areas: starting a business, dealing with construction permits, registering property, getting credit, and paying taxes. Democratic governance is strengthened and from 1999 till date Nigeria has recorded peaceful transition of power among three democratically elected executive presidents.
Notwithstanding the improving economic environment, in most Nigerian states, less than 15% of the population have access to the main grid and a lesser percentage actually receive electricity from the grid.  In order to provide electricity to remote areas in Nigeria, the Rural Electrification Fund issued its first call for expression of interest for off-grid project in 2017. The Rural Electrification Fund was established to develop on-grid and off-grid electrification in rural areas, including mini grids, through financial support and technical assistance from organisations such as the World Bank and the Rocky Mountain Institute. The viability gap in the REF off-grid project is usually bridged by capital grants and subsidies from the REF, enabling mini-grid developers to lower their tarrifs and increase customer base.

Government’s promise to extend the national grid to areas currently unserved or underserved by the national grid may be perceived as a deterrent to investment in the electricity industry, making investors perceive that they may not be able to recoup the expected return on investment once the national grid extends to the community where the investors operate. This risk may be mitigated by the provision of the Regulations which encourages collaboration between the Mini-Grid Developer and a Distribution Licensee, mandating a Mini-grid Developer to obtain the consent of a Distribution Licensee where its proposed operations plans will be within the Distributor Licensee’s five year expansion plan. This risk may be further mitigated in the case of interconnected grids where community engagement and endorsement is mandated via a tripartite contract between the community, the Distribution Licensee and the Mini-Grid Developer, thus ensuring that the Mini-Grid Developer can negotiate clear terms of engagement that will work in its favour. A mini-grid Developer’s entitlement to compensation and the possibility  of scaling to an interconnected mini-grid where a Distributor Licensee extends its network operations to an isolated mini-grid operated under a permit also serves as a cushioning effect should the national grid extend to the community where the mini-grid investors operate.

The economic viability of mini-grid projects can be mitigated by grants or subsidies from donor organization, allowing a developer expand its customer base and scale up, and there is a large potential for scaling—installing 10,000 minigrids of 100 kW each can occur for 10 years and only meet 30% of anticipated demand. Mini-grid operations in Africa is not exactly a green area replete with risk anymore as countries such as Tanzania have a track record of success and such success models can be replicated in Nigeria given adequate investment drive.

Considering Nigeria’s constant struggle for stable electricity supply, its teeming population of over 170 million people and a more than ready market on the one hand, coupled now with a predictable legal regime on the other, Nigeria is a very attractive hub for investment in mini-grid operations.  The mini-grid sector in Nigeria is developing fast and a number of companies are showing interest as it promises comparatively attractive returns on investment.  However, it is always always advisable for any investor to arm themselves with adequate competent advice from various professionals.  Seeking expert legal advice is therefore imperative under this dispensation where a regulatory framework now underpins mini-grid operations. 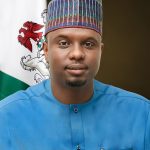 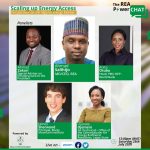 NEP AfDB Advert for Firm Selection to Conduct Training on Productive use of Energy
29.07.2020 0 0