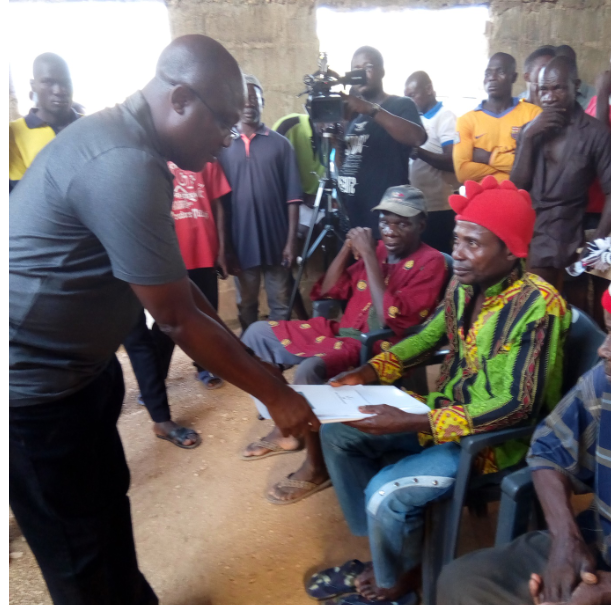 Ahead of commencement of the World Bank assisted Solar Hybrid Mini-Grids pilot project under the Nigeria Electrification Project (NEP) of the federal government, the Rural Electrification Agency (REA) has embarked on sensitisation of the selected communities in Sokoto State.

Briefing community members in the Diddiba community of Wamaco LGA of the state, Rabiu Haruna of REA Zonal Office, Dutse, who was on the sensitisation team told the people that the off-grid project is to be privately owned and managed, and as such the off-takers have to pay periodically for power used, stressing that, it is not free.

Appealing for the cooperation and support for the project to succeed in the interest of the development of the area, he explained further that the move is to ensure that people who cannot access electricity because their communities do not have connection to the national grid can access power through the alternative arrangement of privately run solar mini-off-grid system.

LEADERSHIP learnt that under this initial pilot scheme arrangement, 64 communities across the four states which include: Sokoto, Niger, Ogun, and Cross-River States are to benefit, 22 of which are in Sokoto.

Several teams were dispatched to each of the four states for sensitisation coverage. In Sokoto State, 5 teams conducted the exercise which came to an end on Friday after commencement at the beginning of the week, each composed of one member from the Promotion Directory, one from the Special Project Directory, one from the Project Monitoring Unit (PMU), and another from the Special Project and Renewable Unit (SPRU) of REA, including a representative of the state government, the journalist who accompanied the team to the state, and other relevant officials.

On funding, it was gathered that the developer (private) is to make available 70 per cent of the total fund required, while the World Bank is to complement that with the remaining 30 per cent as source of soft loans to the investors.

Speaking to LEADERSHIP, the spokesman of Diddiba community which is made up of four member-settlements, Musa Garba said, “We are very much happy and appreciative of the government and all those involved in bringing the project to our land.

“As we look forward to the day that this project will become a reality, may I urge that more effort be made in following it up to a logical conclusion.”

The Alkali (Village head) of Samalu community, Isa Alkali who was also, on behalf of his people, was full of gratitude to REA, World Bank, and others behind the project and assured of his community’s cooperation to make it a success