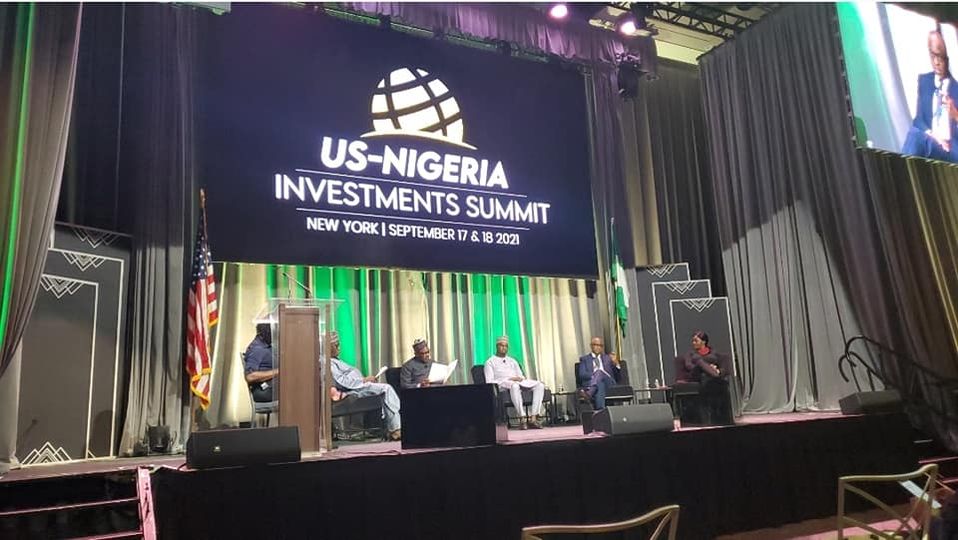 This year, key government officials, heads of organizations as well as professionals from within sectors such as Energy, Agriculture, Manufacturing, ICT, Healthcare and Oil and Gas attended the 2-day event which took place in New York City, US.

With knowledge-driven conversations and panel discussions centered around development and investments in key sectors, delegates and attendees from Nigeria productively leveraged the avenue to amplify achievements across sectors as well as investment opportunities.

Engr. Ahmad Salihijo Ahmad utilized the opportunity to meet with the leadership of existing partners of the REA, updating them on milestones achieved through the Agency’s programmes and initiatives, as well as other upcoming initiatives with potentials for impact and new partnerships in the off-grid sector.

Honourable Gody Jeddy-Agba, Engr. Ahmad Salihijo Ahmad and the REA team were able to engage extensively with Amina J. Mohammed, the Deputy Secretary-General of the United Nations on ongoing projects being implemented by the REA as well as the participation of the Federal Ministry of Power at the 76th United Nations General Assembly (UNGA). The team also met with the Special Representative of the Secretary General and Sustainable Energy for All, Damilola Ogunbiyi.

The REA further engaged with key partners at the Rockefeller Foundation (RF), Rocky Mountain Institute (RMI) continuing conversation on funding for the Agency’s Energizing Agriculture Programme (EAP). The RF team also expressed their readiness to further support REA in programmes such as the Energizing Economies Initiative (EEI), data verification exercises (boots on the ground) as part of their newly minted programme in Africa called Global Energy Alliance for People and Planet.

As part of REA’s ongoing efforts at restructuring its sustainability mechanism and M&E framework through the Rural Electricity Users Cooperative Society (REUCS), the team met with the Projects Director at the National Rural Electric Cooperative Association (NRECA) International, Nickolas Allen. Both institutions discussed the possible areas of collaboration on electricity cooperatives as a solution to the sustainability of Capital Projects, including the creation of a framework that outlines the role of cooperatives and the best structure to adopt across the board.

Power Africa – Nigeria Power Sector Program (NPSP) is one of the valuable partners working in lockstep with the REA and a Programme which has continued to provide quality technical support to the Agency’s programmes and initiatives.  Beyond the myriad support being provided to the REA by the NPSP, the REA have been co-hosting the impactful and knowledge-driven Quarterly Off-grid Stakeholder Workshop (OGS) with the NPSP.

The REA team met with the Head of Finance Mobilization Work Stream for the off-grid team of NPSP, Ms Kathy Julik-Heine, where discussions centered around more technical and financial support for the Agency’s programmes in the coming year. These engagements further opened up newer channels for impactful collaborations between both institutions as the Nigeria government continues to up the ante on accelerating electrification of off-grid communities while charting the course for a smooth energy transition in Nigeria. REA MD/CEO, Engr. Ahmad Salihijo Ahmad expressed the Agency’s appreciation while sharing his thoughts on ways the OGS can further be improved to enable wider collaboration and impact.

Engr. Ahmad Salihijo also had and engagement with Alastair Smith, the co-founder of POWERGEN, a renewable energy company and one of the key mini-grid developer under the REA portfolio. POWERGEN has a long history of deploying mini-grids in Nigeria and across the world while playing a critical part in alleviating energy poverty.

In December of 2019, the company accessed the Performance Based Grant (PBG) under the Nigeria Electrification Project (NEP) which they utilized to demonstrate their capacity to deliver by deploying the first solar hybrid mini-grid under NEP, now powering Rokota community, Niger State. The company is currently interested in interconnected mini-grids and is already carrying out studies in Nasarawa and Ondo States. The co-founder assured REA of participating in more of its programmes.

As the REA continues to explore ways to accelerate energy access while stimulating investor interest in Nigeria as mandated by His Excellency, President Muhammadu Buhari, it has also continued to deliberately strengthen its internal mechanism for optimum impact and service delivery.