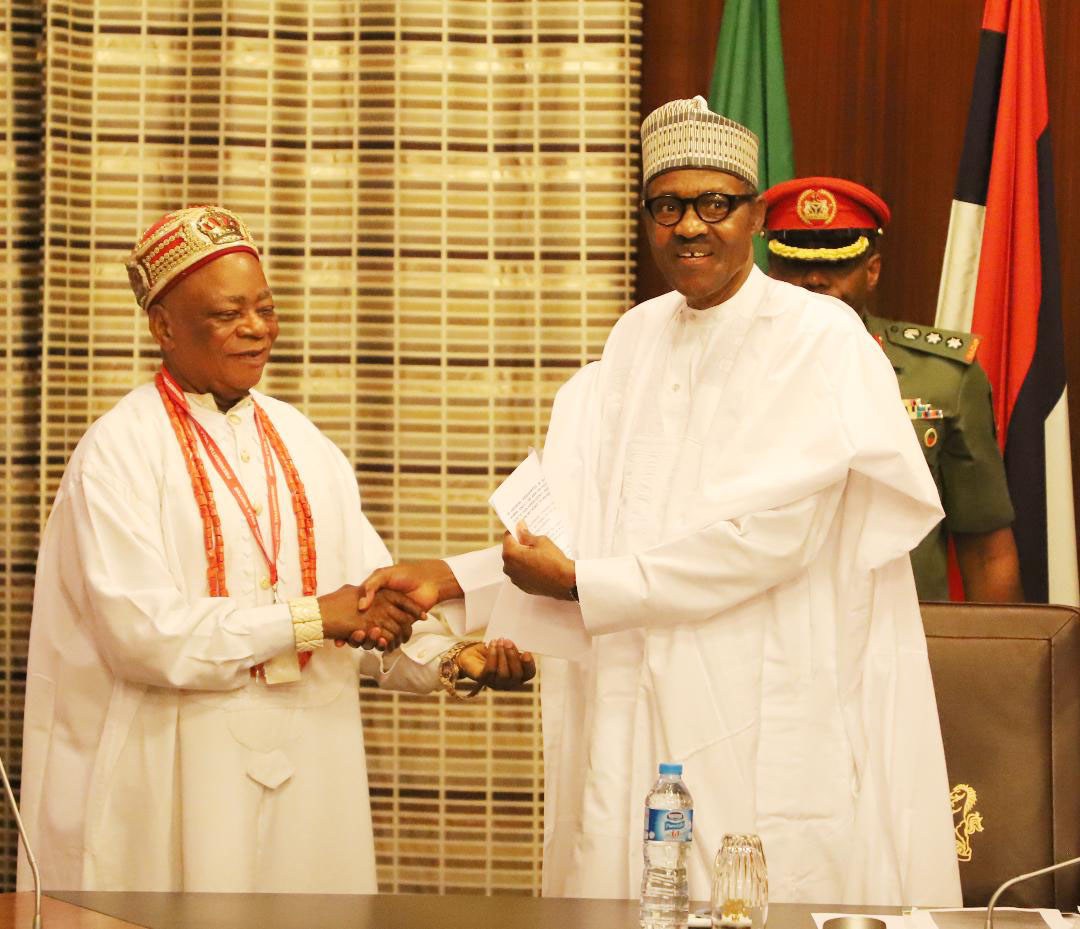 Traditional rulers from Abia State have praised President Muhammadu Buhari over infrastructural development by his administration in the South-east region.

According to a statement by presidential spokesperson, Femi Adesina, the traditional ruler spoke on Friday during a visit to Mr Buhari at the State House, Abuja.

Speaking on behalf of the monarchs, Isaac Ikonne, who is Enyi 1 of Aba, thanked the president for the rehabilitation of federal roads in the area such as the Enugu-Aba-Port Harcourt expressway, Port Harcourt-Elele-Owerri road and Enugu-Onitsha expressway.

‘‘These roads were death traps for 16 years before you came into office, but today they are wearing new solid looks, though not completed but relief is already there with the level of work done so far,’’ the monarch said.

Mr Ikonne also lauded the president for “successes recorded so far since he assumed office in 2015, particularly in the fight against corruption, agricultural revolution, infrastructure development and security.”

Click to read the statement by Mr Adesina on the visit.