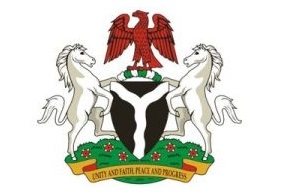 The Federal Government has signed a Memorandum of Understanding with Bauchi and Sokoto states to provide reliable power to unserved and underserved rural communities in the states.

The Permanent Secretary, Federal Ministry of Power, Nebeolisa Anako, who represented the Minister of Power at the MoU signing ceremony in Abuja, said the move was aimed at improving electricity supply to areas.

The Federal Ministry of Power disclosed this in a statement it issued in Abuja on Thursday, adding that the MoU was signed under the power sector component of the Nigeria Economic Sustainability Programme.

At the MoU signing ceremony, Anako told the states “that the Federal Government will assist to make sure that the programme comes to reality.”

He further stated that the Federal Government plans to install five million Solar Home Systems and mini-grids by which 250,000 jobs would be generated to impact over 25 million beneficiaries across the country.

The Commissioner, Ministry of Energy, Sokoto State, Aliyu Balarabe, expressed the gratitude of the state government to the power ministry for the signing of the MoU.

Also, the Commissioner for Power, Bauchi State, Maryam Garba, said the state had to key into the Federal Government’s plan in order to provide electricity to unserved and underserved communities in Bauchi through the MoU